How did Colorado Territory’s citizens, referred to by eastern politicians as living in a “state of semi-barbarism,” achieve statehood? When John and Eliza Routt stepped off the train in Denver in 1875, Colorado Territory citizens were skeptical and suspicious. Seven governors had rotated in and out of the office over fifteen years. The latest in the string of carpetbaggers and inept politicians was Edwin M. McCook, who had misused his power and position until Coloradans protested his appointment and he was withdrawn.

The Rocky Mountain News welcomed Routt’s appointment as “a new era of honesty and good government inaugurated.” He quelled concerns that he was not a resident by saying, “I was getting ready to come and make my home in Colorado anyway.” On March 29, 1875, John L. Routt took his oath of office as Colorado’s Territorial Governor. He then went to work to usher Colorado into statehood.

Creating a new state was no easy matter. Colorado’s quest for statehood encountered strong resistance from eastern politicians, who considered Colorado too wild and uncivilized for statehood. The first hurdle was to establish a state constitution under the Colorado Enabling Act. A committee of delegates studied the constitutions of nearby states, using them as models to construct Colorado’s document. 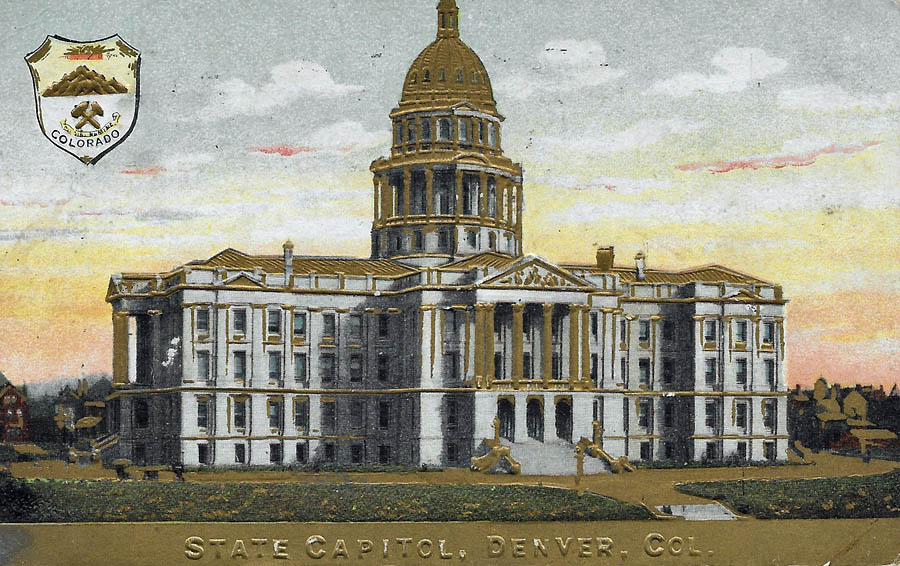 Under the management of Governor John L. Routt, the cluster of thirty-nine delegates, worked feverishly to construct the new constitution. A half-year later, the document was presented and ratified, and Colorado was accepted as the thirty-eighth state in the union. The event was punctuated with a July 4 celebration in 1876 unlike anything Denver City had experienced. Then the real work began. Politicians clamored to be elected governor by popular vote. Meetings took place in scattered offices on Larimer Street. Plans were soon underway to build a capitol building for a center of government while tending to the welfare of the new state.

When Colorado’s bid for statehood culminated on July 4, 1876, it became known as the Centennial State on America’s one-hundredth birthday. President Ulysses S. Grant signed Colorado’s proclamation for statehood on August 1, 1876. That date became Colorado’s official birthday, and was known and celebrated thereafter as Colorado Day. For Routt, it was a sweet victory, and the beginning of a quarter century of public service to his adopted state.