When I began my research on Elizabeth Bonduel McCourt Doe Tabor, aka Baby Doe Tabor, I soon discovered that searching for her birthdate might be problematic. The first date I saw tossed around was October 7, 1854. It was hard to pin down, and often overlooked or unmentioned in accounts of her family and childhood. It turns out that was the date of Elizabeth’s, or Lizzie’s as she was known to her family, christening. The search was on for something more concrete for her birthdate. I was happy and relieved when I found Elizabeth Tabor’s death certificate in the archives. There it was, her birthdate filled in by her younger brother, Willard McCourt. Of course, he would know his sister’s birthday. Or would he? It was listed as May 15, 1854.

When dates and data do not agree, it is called negative evidence. I was dismayed to discover Elizabeth was listed as born in September on the 1900 census, which contains a column for birth month. Was this a fluke? The September reference appeared again in Judith Nolte Temple’s biography, Baby Doe Tabor: The Madwoman in the Cabin, page 157. Elizabeth wrote a diary entry that said the following: “Sept. 25, 1914 – My birthday I am all alone in the world now alone my birthday where is my poor unfortunate Silver and how is my Lily and her babies I am alone here in Leadville” This appears to be her perceived birthdate at the time. Her headstone on her grave mentions only the year, 1854.

Her age is a whole conundrum on its own. As a coy Victorian lady, she often altered her age in her favor on public records. However, the 1854 date appears in enough places to make it the accepted year of her birth. Her death date was about February 20, 1935. She collapsed and died in her cabin by the headframe of the Matchless Mine. Her frozen body was found some time later, thus an inconclusive death date as well. As a biographer of Elizabeth Tabor, I feel comfortable celebrating the birth of this interesting, courageous and colorful Colorado pioneer woman on September 25. Happy Birthday, Lizzie. Here’s to you on your birthday! 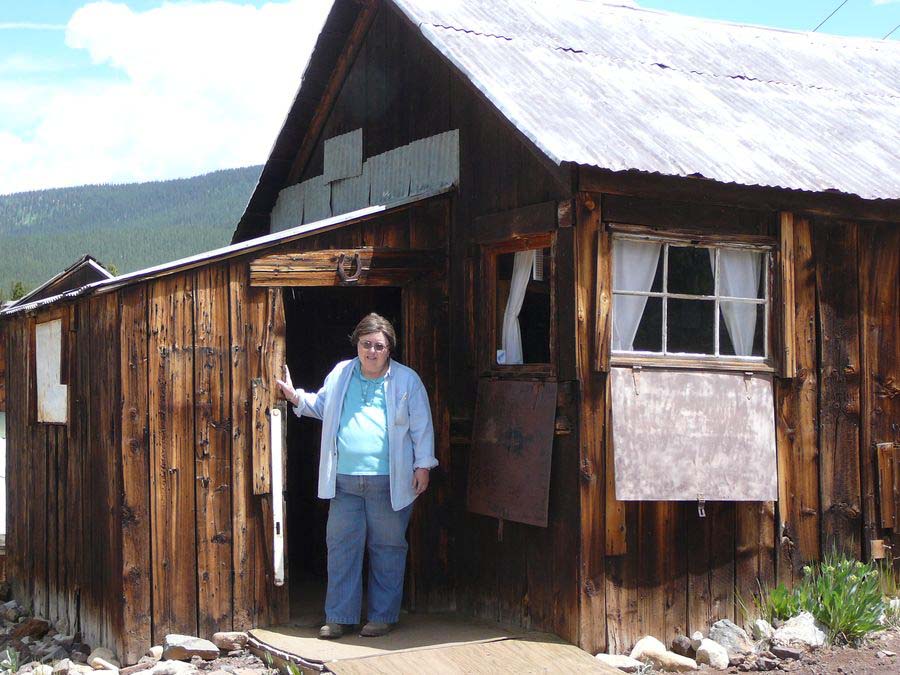 You can learn more about the fabulous lives of the Silver King and Silver Queen of Leadville in my award-winning book, Baby Doe Tabor: Matchless Silver Queen, from Filter Press. Go to: www.FilterPressBooks.com, www.Amazon.com, www.LohseWorks.com, or ask for it from your favorite local book vendor.