Midway through February, I will revisit the Denver Woman’s Press Club for some more historic journalism magic. My second visit within a month is part of their salon series. The program is entitled, Almost Famous: Crafting Characters from Colorado’s Past, which will feature myself and fellow DWPC journalist, Kimberly Field. In this program we will discuss several aspects of crafting characters from historical data into biographies. One of the inspirations for the program is my biography, First Governor, First Lady: John and Eliza Routt of Colorado. It is the story of Colorado’s first elected governor and his wife, the first woman registered to vote in Colorado, who happens to be my first cousin, a few generations back. 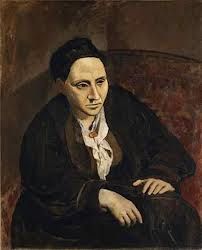 Before this program came up, I was not especially familiar with the concept of a salon and what it means. I knew that at the beginning of the Twentieth Century there was a cluster of artists and writers living on the Parisian Left Bank, encouraging one another, feeding off of their respective talents, and repeatedly toasting their good fortune. A ring leader of these talented folks was an eccentric writer named Gertrude Stein. Whether she was brilliant, or simply good at positioning herself as such, is not clear, but as her influence increased while her writing gained in importance and popularity, she hosted salons, a series of casual gatherings in her parlor for her talented friends. It was an affirmation of a person’s artistic talent and status in creative circles to be included in Stein’s salons, where abstract ideas and conversation flowed, lubricated by liquid attractions.

When I was invited to host a DWPC salon, joined by respected journalist Kimberly Field, I jumped at the chance. What an honor to share my craft with my peers while enjoying the ambiance of a lovely, historic setting. This should be a really special event. RSVP to DWPC (www.dwpconline.org) for the Almost Famous salon on Sunday, February 17 from 3-5 p.m. Otherwise, to learn more about salons, rent or borrow the movie, Midnight In Paris, starring Owen Wilson, produced by Woody Allen. It is extremely entertaining and a must see for those who are passionate about writing.