When I saw a copy of Colorado Goes to the Fair for sale recently at a library used book sale, I jumped on it. It’s subject, the World’s Columbian Exposition in Chicago in 1893, was certainly focused and specific. The event was a huge cultural phenomenon attended by people from all walks of life and from all over the country, and the world. Although Colorado was spiraling into a deep, dark recession due to a silver crash when the U.S. government chose gold over silver as the foundation for American currency, many people still overcame the expense and hardship of travel to attend this sprawling worlds fair. It was an experience not to be missed.

Beyond that, this topic continually pops into my consciousness and onto my radar, and from the strangest places. A family friend gave us beautifully framed lithographs of scenes from the historic fair as a wedding present many, many years ago. At the time, I had no knowledge of it. My understanding increased considerably when I researched my book, First Governor, First Lady: John and Eliza Routt of Colorado. The Routts, like me, were from Illinois. They jumped at the opportunity to return to Illinois in 1893 to attend the fair. Colorado’s first couple were honored guests during opening ceremonies. Also, Eliza Routt’s committee commissioned a famous statue, The End of an Era, which was unveiled at the fair, before it was placed permanently on the east lawn of Colorado’s capitol building to honor Native Americans.

As a Buffalo Bill Wild West researcher, I was interested to learn that William Cody’s show was not allowed within the grounds of the world’s fair. No problem. He set up camp and his tents outside the boundary, and did a splendid business on his own. With so many references to the fair, I take notice whenever it comes up now. Who can overlook the chilling book, Devil In the White City, a real page turner about shocking crimes during the fair. My dad gave me a gavel made from the floor of Libby Prison, a confederate prisoner of war camp in the Civil War. This souvenir was purchased by my civil war veteran great-grandfather John B. Innes, who was visiting the world’s fair in 1893. The reconstructed Libby Prison museum in Chicago was a popular enticement to veterans. 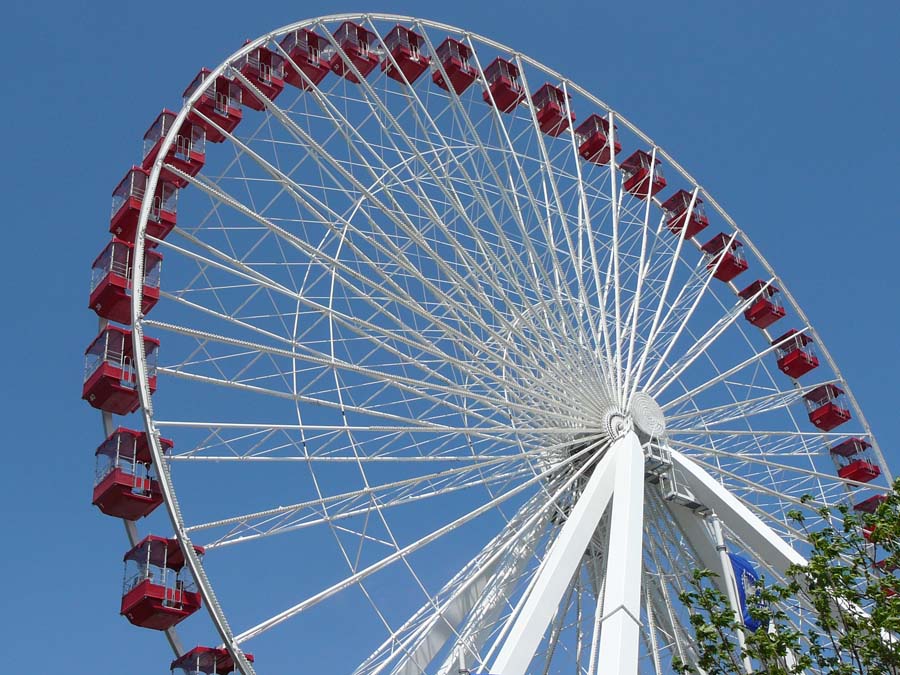 The largest and most compelling attraction of the Columbian Exposition, which was named to honor the 400th anniversary of Christopher Columbus’s arrival in the New World, was the Ferris Wheel. It was the largest one constructed at the time, and was built to surpass the splendor of the Eiffel Tower in Paris. When I was in Chicago with my family last summer, we enjoyed the magnificent huge Ferris Wheel on Navy Pier, a nod to the history of the Ferris Wheel in Chicago, beginning with its grandiose appearance at the 1893 World’s Fair.

The Ferris Wheel pulls the whole World’s Fair together for me. It brings a historic experience to life in a setting contemporary to many of my biographical characters, and carries over to modern times. After all, the World’s Fair provided a setting enjoyed and shared by people of many backgrounds. It brought understanding of the life and times contemporary to historic characters to something they and we could understand, while they contemplated glimpses of their future at the exhibits. The Ferris Wheel certainly provides a fun way to reach back and touch history, and there is a heck of a view from the top!