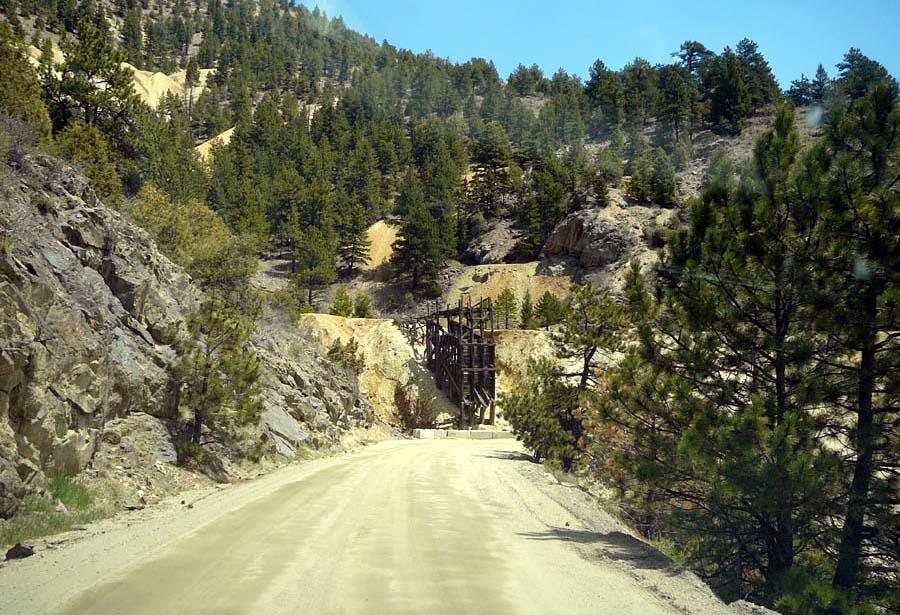 In 1880, former Union Army General and U.S. President Ulysses S. Grant visited Colorado. One of his hosts was Governor John L. Routt, a pal from Civil War days. As Grant’s host, Routt wished to show his friend the sights of Colorado’s mining districts, while attempting to recapture the excitement of their glory days.

After a tour of the mining camp of Central City in the mountains west of Denver, Routt decided to play a little joke on Grant. For the return trip down the mountains, Routt paid the veteran wagon driver to give Grant an exciting ride down Virginia Canyon Stage Road. That he did. For the 1,000 foot descent down eight-plus miles of gravel road, the driver urged his horses as fast as they would go down the narrow route. As they thundered along at a hair-raising pace around blind curves with sheer drops on one side, the wagon careened and leaned, sliding on the loose rock surface. Once they were safely in Idaho Springs at the bottom of the descent, a jittery Grant shook hands with the driver and presented him with a wad of money for a tip, in payment for his excellent driving skills and for the exciting ride down the mountain. 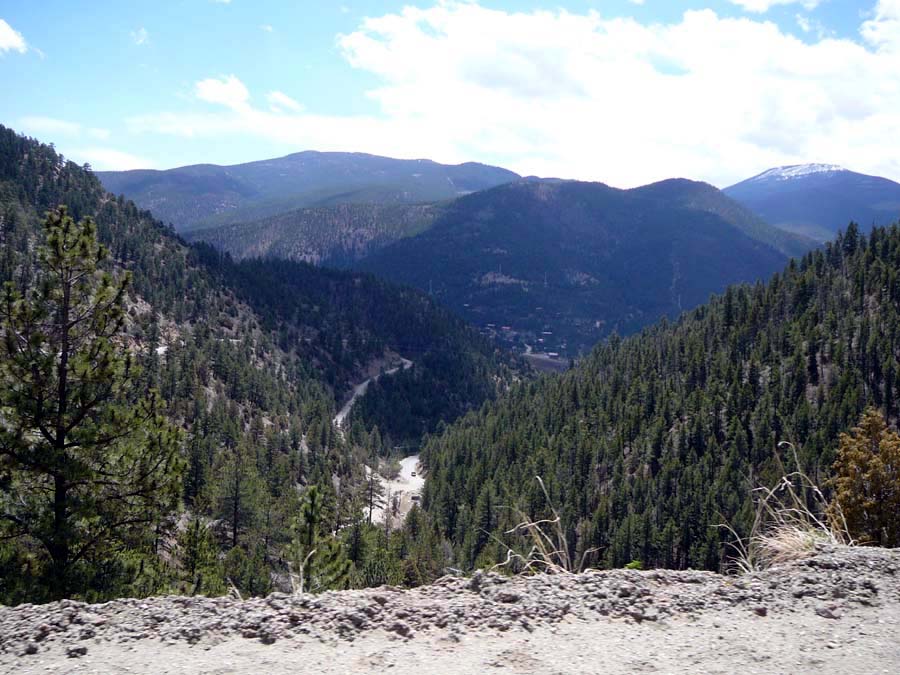 Last week, 130 years later, we found ourselves in Central City on a research jaunt. It was an easy drive up the recently built and lightly traveled Central City Parkway. When it was time to leave, my hubby asked which way I wished to go. Without hesitation, I responded that I wished to go down the Virginia Canyon Stage Road, CR 279, aka “Oh My Gawd Road”.  With a name like that, I wondered if it would thrill or disappoint us. After thirty-six years of mountain driving we’ve seen our share of dicey roads. There was only one way to find out.

The OMG Road had more thrills than an amusement park roller coaster, and as many breathtaking views. Although my driver proceeded cautiously in his Subaru, I experienced more than one white-knuckle breath-sucking moment. I could only imagine the heart-stopping excitement of careening down the mountainside and around blind curves behind a thundering team of horses.

AAA recommends that people driving trailers or unaccustomed to driving on gravel mountain roads avoid this one. Central City Visitor’s Center suggests that the passenger might prefer to sit behind the driver to avoid experiencing the illusion of sailing off the roadbed into thin air at each turn. Personally, I recommend reliance on a cautiously driven Subaru, and avoidance of a horse-driven spring wagon with a driver arranged by a jolly prankster.